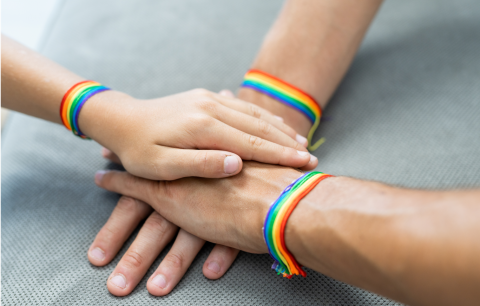 LGBTQ individuals can become parents in a number of ways, including adoption, foster parenting, donor insemination, surrogacy, and from previous heterosexual relationships. These parents can often face prejudice and discrimination because of their sexual orientation, leading to barriers and negative consequences when it comes to adoption, custody, and more.

Statements from a wide variety of professional organizations, including the American Academy of Family Physicians, the American Academy of Pediatrics, and the American Psychological Association, have made it clear that parents’ sexual orientation does not impact their ability to raise children. The APA has compiled a detailed report of research in this area discrediting negative stereotypical ideas about LGBTQ parents, including the notion of a deficit in LGBTQ parents or their children compared to heterosexual parents or their children. In fact, some studies they reviewed even suggests superior parenting skills among LGBTQ parents including parenting-awareness, favorable parent-child interactions, and positive disciplinary techniques.